Chennai is where I was born. But, I never have stayed in Chennai for more than 1 month or so. My dad, as he is a banker, gets transfer every 3-4 years. We moved to Kerala soon. But hey, I never ever missed to visit Chennai during my holidays! :) I Love Chennai!
Celebrating a birthday is not a big deal. But when it comes to the birthday celebration of a city, it definitely turns out to be of grand celebrations. 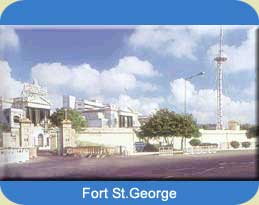 Yes, Yes and Yes! Namma Chennai (Our own Chennai) is celebrating its 374th birthday on August 22nd.

The founding day of Madras (now, Chennai) is considered to be August 22, 1639.It was on that day, in that year, that a sliver of land, where Fort. St. George stands today, was transacted by the East India Company. Today, Chennai stands tall for a variety of reasons. Infrastructure, education, healthcare, IT, history, tourism, auto industries, movies, etc.

Instead of celebrating a day, Madras day is celebrated for a long week which starts from August 18th and extends till August 25th. Madras Day celebrates the city. Awesome Isn't? 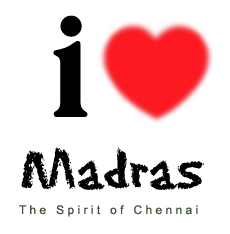 Madras Week focuses on the city, its history, its past and its present and the core team motivates communities, groups, companies and campuses in the city to host events that celebrate the city.

Heritage walks, school exchange programmes, talks and contests, poetry and music and quiz, food fests and rallies, photo exhibitions and bike tours...these and more are the ways in which the city is celebrated.

This is the lyrics of a song called 'Vannakam Chennai' also known as 'Chennai Anthem'  from the film 'Marina'. 'Marina' is a simple but soulful portrayal of Chennai's pride: Marina beach. Chennai Anthem, the song, describes our city Chennai realistically. The meaning of the above lyrics in English is as follows:

"Everyone has a mother special like no other,
Chennai is God-mother for one and all, altogether.


When you rant and rave she tolerates your heart wave,
For you to progress and rise, she props a ladder to the skies.''

There are so many beautiful places in Chennai to visit.